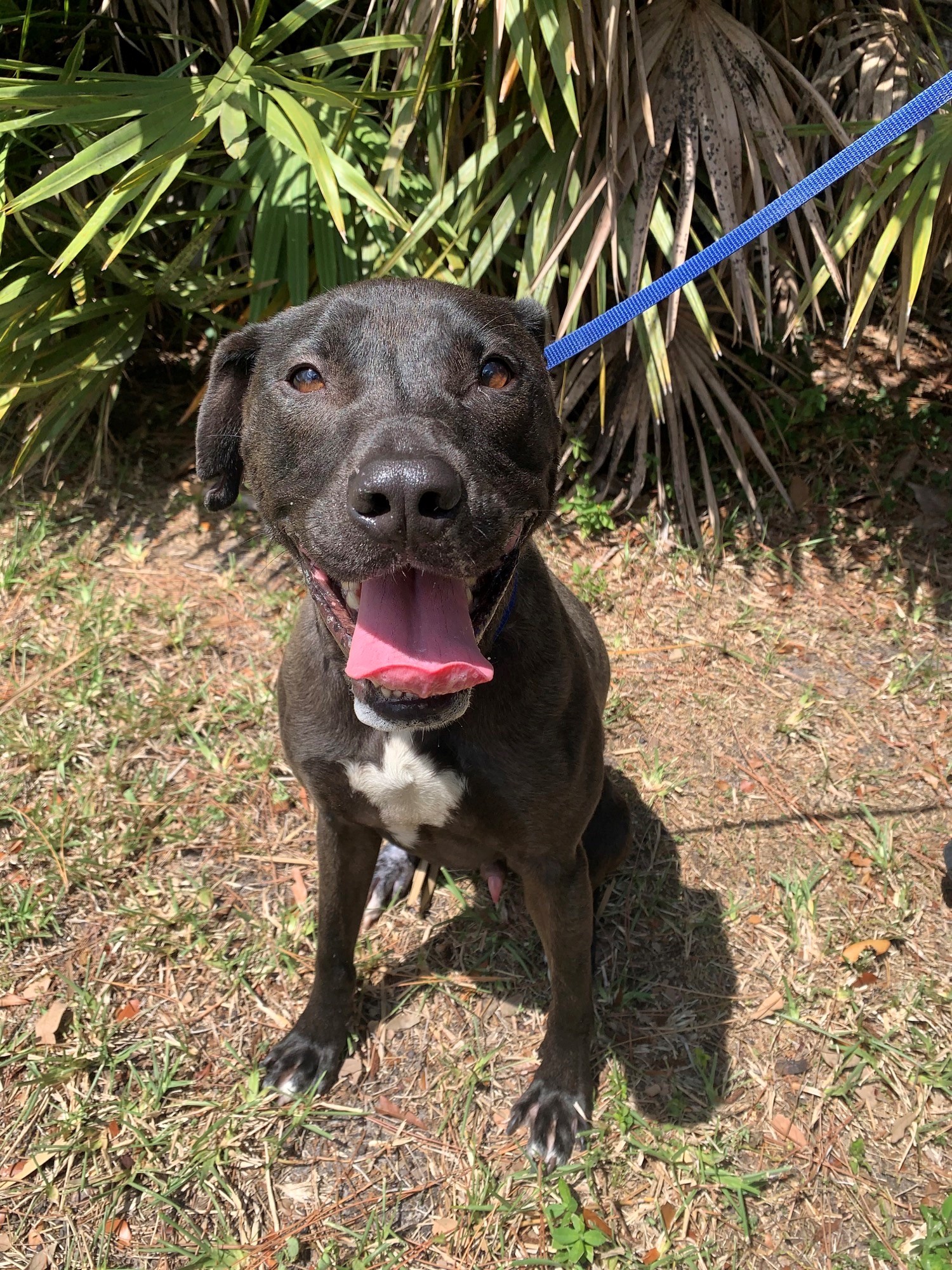 At the Humane Society of the Treasure Coast, there is no greater priority than finding forever homes for all of its shelter animals. Sometimes before that is possible, a tremendous amount of TLC and healing modalities have to take place first.

One such case is Pop-Pop, a three-and-a-half-year-old pit bull terrier that originally came to the shelter on April 11 through pet emergency. A lead tether had gotten wrapped around his left hind leg, causing strangulation and opening up his skin around it. Pet emergency cleaned the wound and then he was delivered to the shelter.

Like all new and injured dogs, he was scared of being in a new place so it took him a couple of days for him to warm up to the staff. He also was not able to bear any weight on his injured leg as it was too painful.

“From day one, we could smell his leg as it seemed to be rotting,” said kennel attendant Brittney Danielson.

“Spraying water on such a big open wound was not ideal, especially for a big guy like Pop-Pop,” said Danielson.

“That, along with the pain medication and lots of love and care, helped his leg to heal and get better,” said Danielson.

Pop-Pop slowly started to put weight back on his leg and occasionally he would run when he was taken outside. On April 28, Dr. Diskant felt that his wound was healing and clean enough to suture the leg wound and connect the tissue.

Dr. Diskant sutured him and even though she predicted that the sutures wouldn't hold because he’s an active dog, they have held up and stayed in place. While that was great news, staff also discovered that Pop-Pop had severe heartworms, so treatment for that began.

Once the sutures are removed, he will be placed in a foster home and then hopefully a forever home will follow soon afterwards.

“Pop-pop is a really good dog and I am certain that the right family is out there for him, waiting to give him so much love,” said Danielson. “He is definitely a staff favorite and we are all rooting for him to get completely better.”

Danielson also said this case shows just how dedicated and determined the shelter’s veterinarian is when it comes to giving every animal that arrives at the shelter a chance to heal and live a good life.

“Pop-Pop’s story shines a positive light on all the fantastic work that Dr. Diskant is able to provide to not only Pop-Pop but to each and every case that walks through our door,” said Danielson.